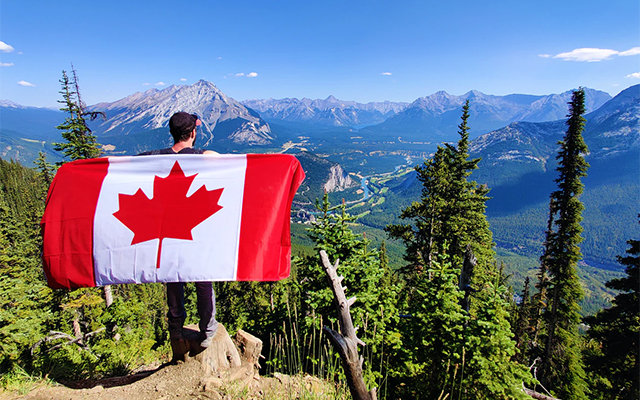 There are several reasons why Canada is the world’s most popular destination for immigrants.

Canada said on Friday that it will resume Express Entry lotteries in early July for all candidates. This will enable more immigrants from other countries to follow their dream of settling in Canada. This is significant because Express Entry is the primary method through which the federal government accepts skilled immigrants.

Canada is the greatest country in the world for immigration, according to the Anholt-Ipsos Nation Brands Index for 2021.People come to Canada from all over the world in search of a better life. Canada is a place of possibilities, whether for political stability, job aspirations, or the future of their children.

The following are some of the reasons why people relocate to the North.

The pandemic has exacerbated Canada’s long-standing labor difficulties. Unemployment is at an all-time low. Meanwhile, employment vacancy rates are at all-time highs, with Canada reporting over 900,000 vacant positions lately.

Despite the tight labor market, Canada’s economy not only recovered but even increased from its pre-pandemic position by the end of 2021. According to the CBC, Canada’s GDP increased by 6.7 percent on an annualized basis in the fourth quarter, beating expert projections of 6.5 percent.

Canada is regarded as a democratically stable country. On 2020, the Economist Intelligence Unit ranked it sixth in the world democracy index, above of other North American countries.

Canada is often recognized as one of the world’s safest travel destinations. According to the 2022 study from insurance firm Berkshire Hathaway Travel Protection, Canada is the third safest country in the globe, with Montreal, Canada’s capital, ranking first. These conclusions were reached by combining survey findings with statistics on risk, crime, and climate resilience, among other things.

Canadian citizens and permanent residents are entitled to free medical treatment. Each province and territory has its own health plan with a range of products and services. Through their province’s health insurance system, newcomers can apply for and acquire a health card. Canadians do not have to pay for most medical and emergency treatments because of the public healthcare system.

Immigrant pupils in Canada reported greater reading skills than non-immigrant children, according to an OECD assessment on literacy rates. In addition, when compared to other OECD nations, Canadian pupils excelled in reading.

In 1988, the Canadian Multiculturalism Act became law. It was one of the world’s first of its type, enshrining the federal government’s commitment to creating a diverse society in law.

People from about 200 different countries, as well as a wide range of races, religions, and traditions, now call Canada home.

Around 100 Immigration options are offered:

Canada will begin accepting applications for its major immigration programs in July. The Express Entry system is in charge of administering these initiatives. People who qualify for Express Entry are placed in a pool of applicants and assigned a score based on the Comprehensive Ranking System (CRS). Candidates with the highest scores are asked to apply for permanent residency in Canada.

Entering the Express Entry pool is free, and it not only gives you the chance to apply for Canadian immigration, but it also gives you the chance to get an upgraded Provincial Nominee Program will allow provincial nomination (PNP). Because the nomination comes with 600 CRS points, those who obtain it are essentially certain to receive an Invitation to Apply (ITA) for permanent residence.

From the minute they arrive in Canada, immigrants are given aid with settling in. Every year, the government spends more than $1.7 billion CAD on settlement services to assist newcomers than any other country on the planet.

Several levels of government support settlement services. On its website, the IRCC lists over 1,200 service providers from around Canada.